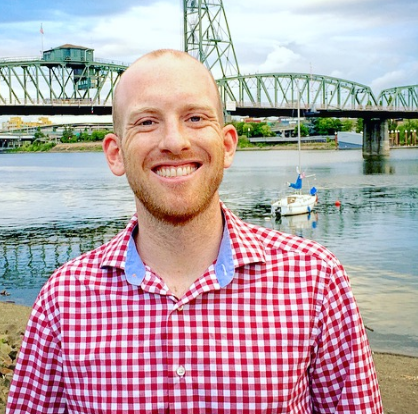 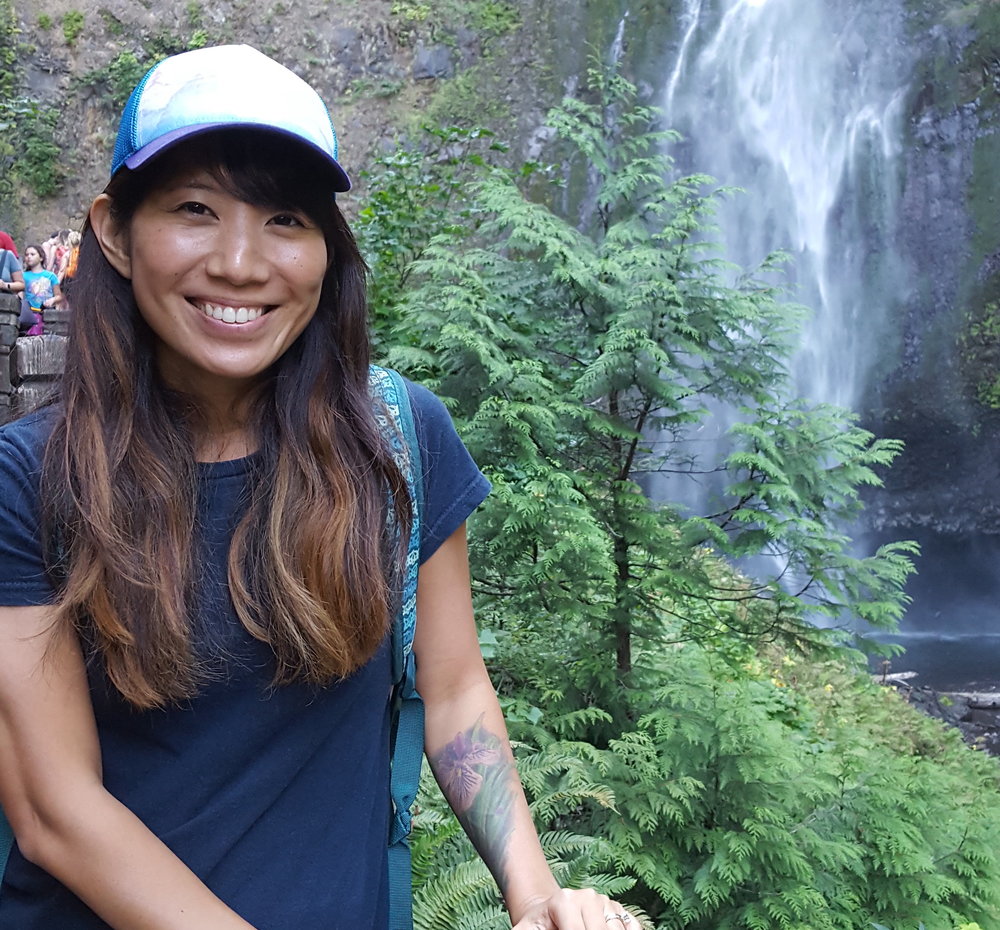 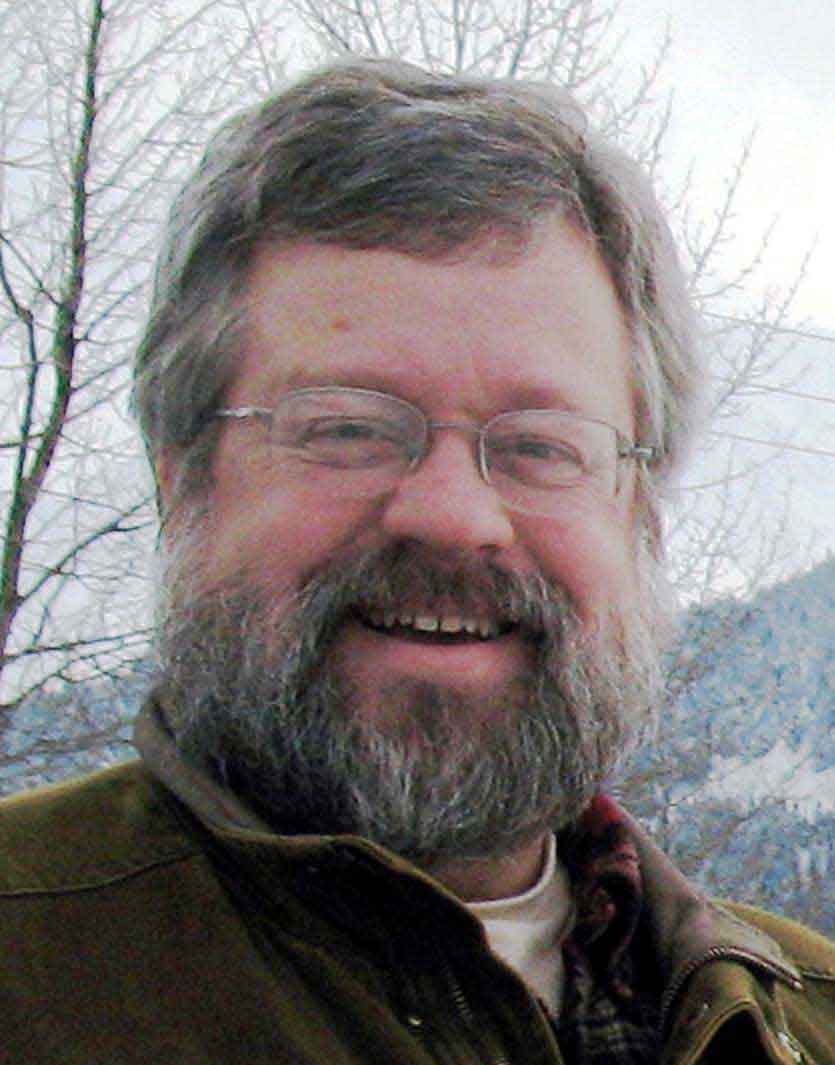 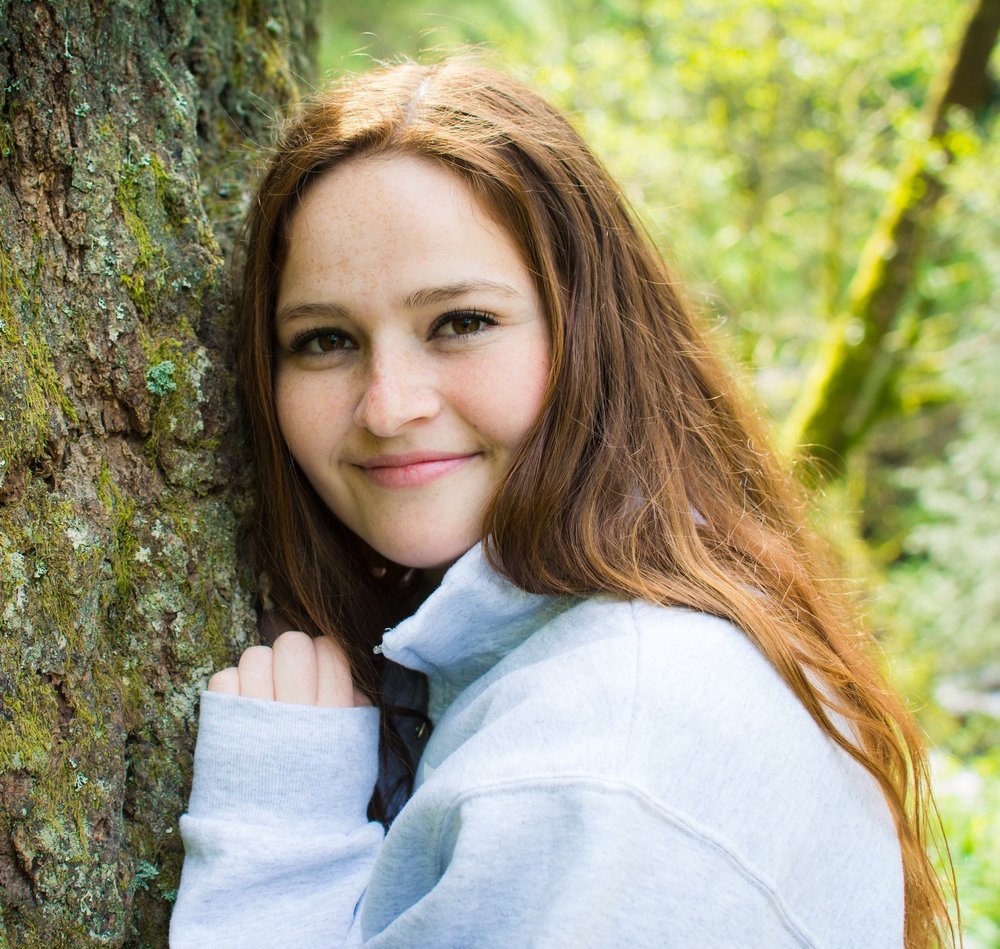 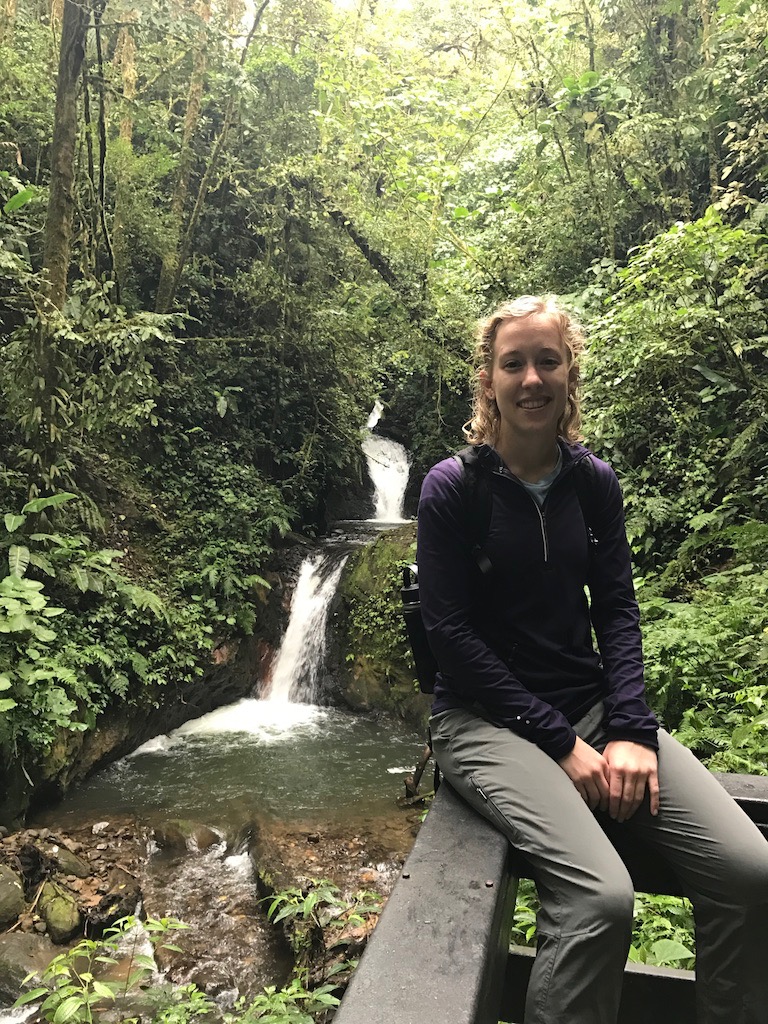 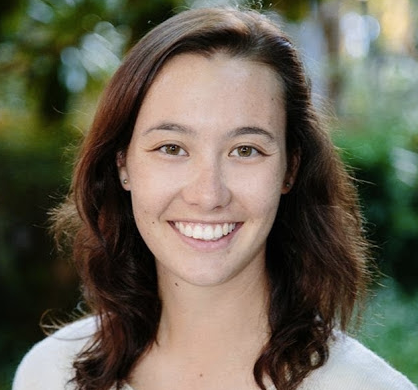 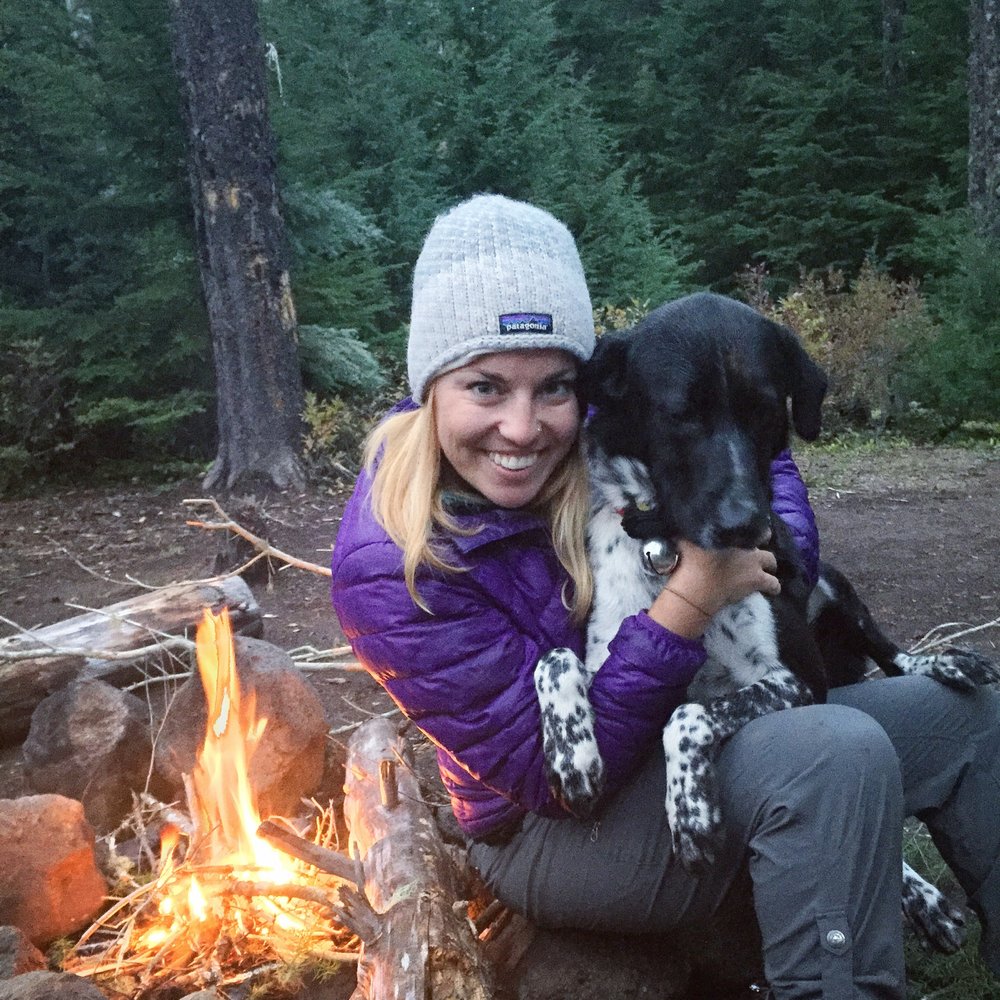 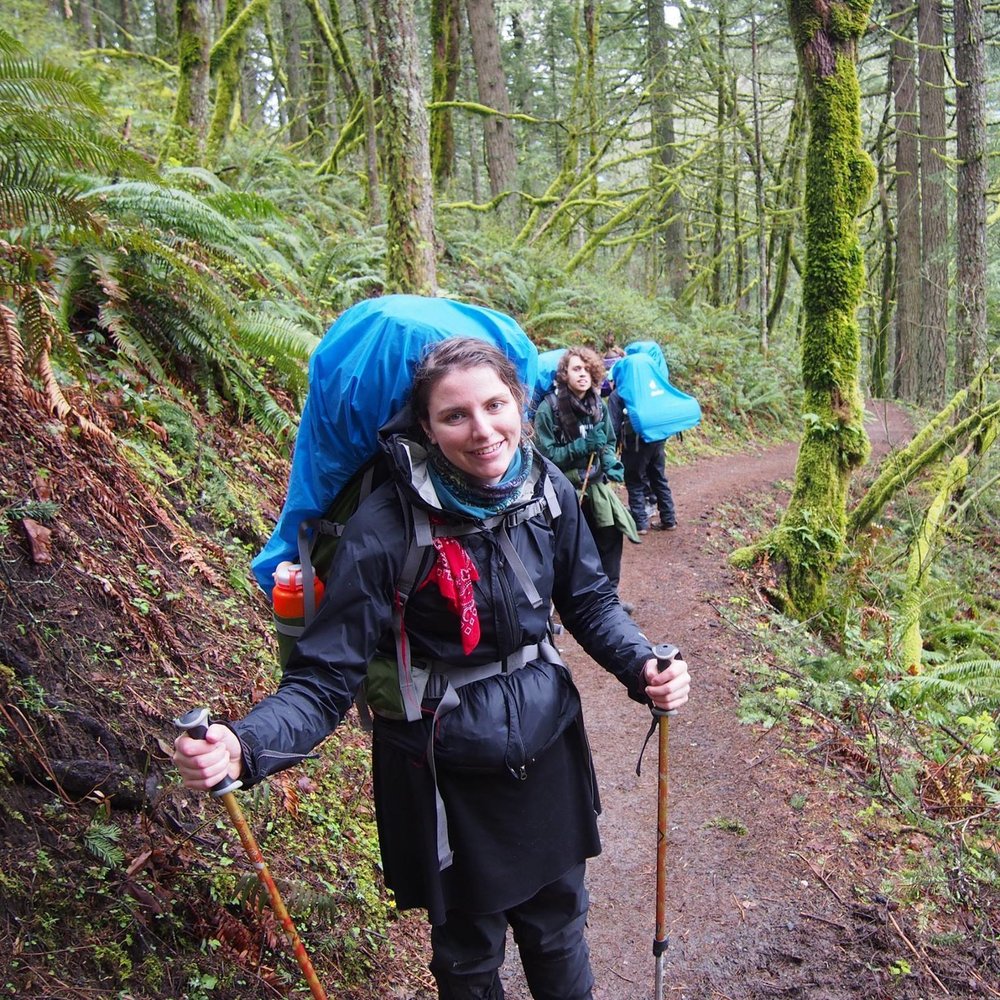 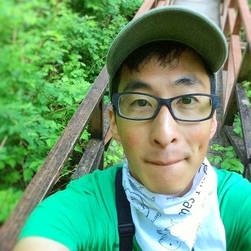 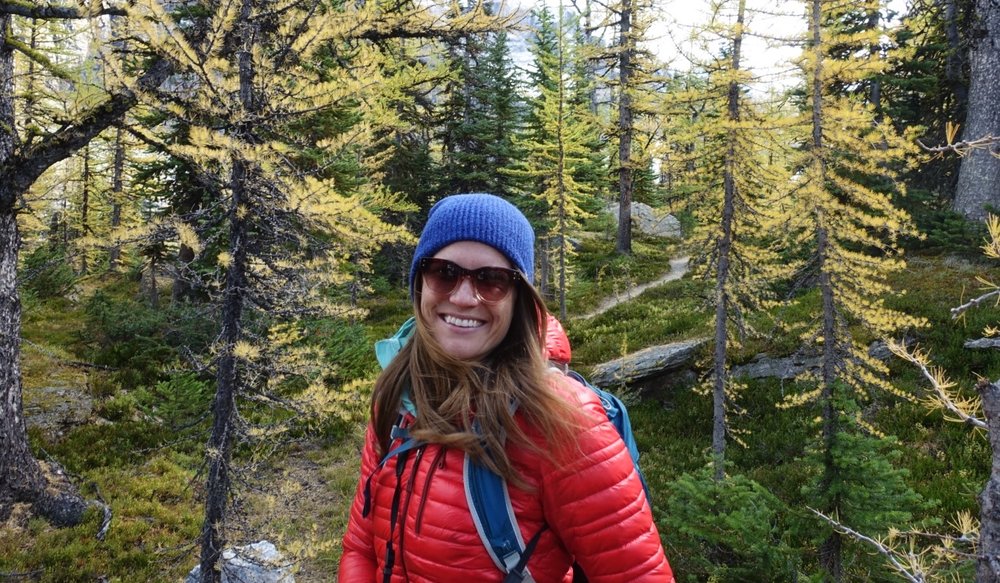 All of our staff are 100% volunteers and not paid. Our staff work full time in various different fields and volunteer with Passport Oregon in their free time.

KEVIN FRAZIER- Kevin was born and raised in the best state in the Union - Oregon. Since his days as a youngster, he has sought opportunities to explore Oregon's outdoors. A skier, hiker, and biker, Kevin cherishes the state's tremendous environmental diversity. His favorite spots include Wallowa Lake, the Deschutes River, and the South Sister. His day job allows him to tap into his appreciation for public policy and consensus building. In 2015, he graduated from the University of Oregon and currently resides in Portland with his wonderful girlfriend and the world's best roommates.

PAUL FRAZIER- Paul has lived in Oregon for 98% of his life. During high school he participated in Ski Racing on Mt. Hood and has had a love for the outdoors ever since then. He graduated from the University of Oregon with a degree in Business. He works full time as a technical project manager and volunteers with Passport Oregon to help operations run smoothly. When he's not working he enjoys time hiking, kayaking, and running with his wife.

ELLE SULLIVAN- Elle is a born and raised Midwestern, but when she moved to the Pacific Northwest, she realized she's an Oregonian at heart. In the last few years, she's had quite a few magical moments in the Oregon outdoors, and through her job at the UO Outdoor Program, she gets to share the wild with everyone. Elle is pursuing a degree in Environmental Studies and a certificate in Wilderness Leadership at the University of Oregon, with the hopes of someday teaching about environmental justice in the context out outdoor experiential education. The first step: helping plan trips for Passport Oregon participants!

MARIE WRIGHT -Marie was born and raised on the Olympic Peninsula in Washington State. She has a dual career path in education and business and holds BA and M.Ed. degrees in Education , an MBA, and a Washington State Teaching Certificate. Her nature name is Treefrog and she is passionate about connecting children with nature and mentoring them in the development of their naturalist skills. When she is not working she enjoys baking, cooking, gardening, music, photography, reading, traveling, watching movies,observing nature, and exploring the great outdoors. Marie and her husband share their home with three comical cats: Charlie, Ginger, and Mr. Kitty.

ARIEL KANABLE- Ariel has lived in Oregon her whole life. Since she was five she spent most of her days out on the soccer field. Her passion in soccer helped lead her to Concordia University in Portland where she was able to get a scholarship to play for the university’s women’s soccer team and earn a Bachelor of Arts in Business Administration as well as a minor in Psychology. She now works full time as the Tourism Development Coordinator at the Washington County Visitors Association. When she isn’t working or coaching soccer, she is out exploring, hiking, and working on her photography. Some of her favorite hikes in Oregon include Saddle Mountain, Dog Mountain and Cascade Head.

MOLLY FRAZIER- Molly currently lives in Seattle, Washington but she will always love Oregon! She has a passion for capturing the beauty of Oregon through photos and videos. Molly graduated from the University of Oregon where she studied business and Spanish. She is an avid reader, bike enthusiast, and craft admirer.

MEGAN CONVILLE- Megan was born and raised in the Bay Area of California. Though she wasn't a beach person, she fell in love with the Sierras and the Mojave. After graduating from Seattle University, she stayed in the city to work at a local nonprofit and to bask in the mountains and the rain. Her hobbies include hiking, reading, and being a fan of Mt. Rainier. Megan's favorite spots in the PNW are The Enchantments and the North Cascades, and she is still not a beach person.

HELENA SCHLEGEL- Helena grew up in the Southwest, but quickly fell in love with the wet and green Pacific Northwest when she moved to Eugene for school. Now a University of Oregon graduate, Helena resides in Bellingham, Washington taking full advantage to her proximity to the sea and the North Cascades. By day Helena works at a rural domestic violence and sexual assault prevention clinic education youth and the community about sexual assault prevention, safe sex, and healthy relationships. During her free time she loves to cook and spend time outdoors with her rescue dog, Reagan!

FLANNERY BETHEL- Flannery was born and raised in Portland, Oregon. She attended the Robert D. Clark Honors College at the University of Oregon with a degree in International Studies, focusing in environmental policy. Currently Flannery works at Higgins restaurant in Portland. In addition to volunteering with Passport Oregon, in her free time Flannery enjoys singing, hiking, swimming and playing with her dog. In the future she plans to attend graduate school on the East Coast, earning a Masters in Public Administration. Mostly she loves to be outside with kids.

KYLE THAYER- Kyle was raised in the Southeast Portland area. Once he got his license he spent much of his free time in high school exploring both the Oregon and Washington side of the Columbia River Gorge. In the winters when the weather in the gorge was less than ideal he could be found swimming at the local indoor pool. He recently graduated from Oregon State University where he studied Psychology and enjoyed biking in the McDonald State Forest.

PATRICK MILLER- Patrick grew up in the shadow of Mt. Tabor in southeast Portland. He spent his childhood immersed in sports (soccer and basketball) while also finding time to go camping, hiking and fishing in the forests of Oregon with his family. As an adult he has worked with youth in schools in both Boston and Portland as well as, as a travel guide in Costa Rica, Belize and Wyoming. He graduated from the University of Oregon in 2016 and now lives in the same neighborhood he grew up in.

KELSEY HOPKINS- Kelsey is a native Northwesterner who can’t think of a better place to live in the whole wide world! She grew up in the Portland metro area and now lives in Seattle where she is a civil engineering graduate student at UW and an avid outdoorswoman.  Her favorite part about Oregon and the Northwest is all of the amazing rivers that flow across the landscape and the magical creatures known as salmon that swim around in them.

JEFFREY LEE - Jeffrey hails from Clackamas, Oregon, from where he would binge wildlife documentaries on school nights and go on outdoor family excursions on the weekends. Jeffrey’s love for nature and science was further inspired by his eccentric professors at Pacific University from where he studied biology, as well as by his work on urban birds at UCLA from where he received his M.S. in Ecology and Evolutionary Biology. In his spare time, Jeffrey can be found birding at Oaks Bottom Wildlife Refuge, playing tennis at the Washington Park courts, and writing at the hippest coffee joints!

ROGER TOBIN - Roger Tobin works as the Board Liaison and a trip Volunteer for Passport Oregon.  He began last year serving as a Van Driver for the IRCO cohort and for the Beaver Acres cohort, and now concentrates on recruitment, communications and management with our Board of Directors.  Recently retired from full-time consulting in software development and test processes, he enjoys bringing his background as a former boy scout camp counselor and instructor in forestry and other merit badges (yes, he is an Eagle Scout) to work with the kids in our cohorts and help them know more about the natural world around them.  He has many years of experience on non-profit boards, including those in the fields of theatre, cross-cultural adoption, learning, STEM, and safety.  He lives in Beaverton with his wife and cat!

KRISTEN PURDY - Kristen has been a part of the Passport Oregon team since August 2017, and has quickly become involved wherever she can. She has attended trips, helped the trip planning team create educational content, and has recently started working on the grant writing team. After completing her degree in Environmental Science at Portland State University, Kristen wanted to share her joy of the environment and outdoors with students, and found a way to do so by volunteering as a trip chaperone with Passport Oregon. Kristen’s interests are in nonprofit management and outdoor environmental education, making volunteering here a great fit. She recently became Red Cross First Aid/CPR certified, and is interested in taking more wilderness first aid courses to help out on trips. Her favorite trip is the Oregon Coast trip. She is from Astoria herself, and loves to share what she knows about coastal forests, waves, and intertidal zones. When she’s not helping the Passport Oregon team out, she is working at Free Geek as a volunteer coordinator and exploring caves!

KATIE YOUNG - Katie recently joined Passport Oregon’s Operations team because she loves Passport Oregon’s mission and strongly believes outdoor education should be taught at a young age. Growing up in Hawaii and living in rural Japan influenced her passion to connect people to the land and water through enjoyment and practicing cultural traditions. Katie came to Oregon in 2016 and is in awe of Oregon’s natural beauty and landscapes. She does conservation policy with the Coalition of Oregon Land Trusts, volunteers with the Oregon Aquaculture Association, and loves racing with the Columbia River Outrigger Canoe Club.

ANNIE HOPFENSPERGER - I joined Passport Oregon because I deeply believe in their mission. Every child in Oregon deserves to have the invaluable experience of adventure and exploration. As a former teacher and current business partner for a wilderness backpacking company, I love that I can merge my passions into one with Passport Oregon